It’s a bit of a cliché to observe that the Christmas season seems to be growing longer and longer each year, slowly edging its way into store displays and advertisements before the cold air of winter has even arrived to make heavy jackets truly necessary. Readers of Celebrating the 12 Days of Christmas soon discover, though, that for the Chris Marchand, the problem is more that the very idea of Christmas as a season has fallen by the wayside—a liturgical season, that is. Marchand, an Anglican minister and writer (among other things), has penned this book in order to both delve into the varied traditions of the liturgical season and its feast days and to foster the revival of its celebration by offering readers suggestions for renewing the practices of old in ways that make sense for today. END_OF_DOCUMENT_TOKEN_TO_BE_REPLACED

Carol A. Berry first met Henri Nouwen in the bookstore at Yale Divinity School back in the 1970’s. As she recounts in her moving (and brief) book, Learning from Henri Nouwen & Vincent van Gogh, he initially appeared like “a man dressed in a well-worn, baggy, moth-eaten sweater with a woolen scarf around his neck” (4). Though Nouwen may have looked like a disheveled, older student, he was actually teaching at Yale at the time, and Berry was deeply moved while sitting in on Nouwen’s lecture on Vincent van Gogh and the nature of the compassionate life. Nouwen is known by many as a deeply kind Catholic spiritual writer, and for me, his writings—and especially letters—have been a real gift. Nouwen felt a deep connection with van Gogh as a fellow wounded healer who desired to connect with other and provide them with comfort, and he worked hard to share this connection with his students (8). As Berry puts it, the hope was that, “Through Vincent’s story, through the parable of his life, we were to come closer to an understanding of what it meant to be a consoling presence” (52). Her book aims for a similar purpose. END_OF_DOCUMENT_TOKEN_TO_BE_REPLACED

Reading Scripture together, and wrestling with its significance, is a central practice for many Christian communities, especially ones tracing their heritage to the churches that grew out of the Protestant Reformation. “The essential form of the common life,” Ellen F. Davis suggests, “is in the broadest sense a conversation in which members of the community explore and debate the meaning of their sacred texts” (Preaching the Luminous Word, 90). Of course, getting acquainted with the world of biblical scholarship, and seeking to relate to the Bible seriously as both a subject of rigorous, critical study and as a means of encounter with God, can sometimes be a difficult task.

The essays gathered together in Scripture and Its Interpretation: A Global, Ecumenical Introduction to the Bible seek to make the path into the realm of scholarly biblical studies less steep. As Michael Gorman explains in the introduction, the aim is to help readers explore “the breadth and depth of Sacred Scripture,” approaching the text alongside others “from familiar surroundings as well as those from other centuries and locations” (xxii). It seems to me that one of the strengths of this book can in fact be seen in its title, which suggests a frank recognition of the ways in which reading Scripture and engaging in interpretation are always bound up with each other. END_OF_DOCUMENT_TOKEN_TO_BE_REPLACED

Thomas Cromwell’s administrative prowess, enigmatic personality, and the striking nature of his rise and fall provide rich material for both fans of Hilary Mantel’s novels and aspiring historians wanting to sink their teeth into the fraught world of 16th century Tudor England. For these audiences, I think Diarmaid MacCulloch’s Thomas Cromwell: A Revolutionary Life may become one of their more long-lasting guides and conversation partners. MacCulloch possesses impressive credentials as a religious historian of the English Reformation in particular and Christianity more generally, so from one perspective, it’s interesting to see him take on a biography of Cromwell, who is sometimes viewed as a coldly calculating, rather Machiavellian secular figure (4). One of MacCulloch’s aims in this work, though, is to subvert this estimation of Cromwell and show how his religious and political motivations were intertwined (4, 371).

In this biography, MacCulloch gives readers a serious work of scholarship, coming in at over five hundred pages in length, with an impressive number of pages of notes gathered in the back of the book. These details may give the impression that Thomas Cromwell is a struggle to get through—and it’s true that MacCulloch’s minutely reconstructed account of life in the English royal court shows no fear of diving into the historical weeds. However, his dry sense of humor shines through in the book’s prose, rewarding those willing to take a deep dive into Cromwell’s life while also possessing a sharp wit. MacCulloch is a master when it comes to telling an engaging historical narrative, and this biography is no exception. END_OF_DOCUMENT_TOKEN_TO_BE_REPLACED 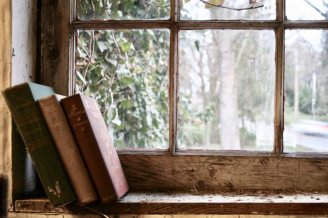 Every year since 2015, I’ve posted a summer reading list in late spring. I deeply enjoy the ambitious feeling that comes from dreaming about what I want to learn about or engage with over the coming months, and I still feel a residue of excitement about the freedom from stressful semesters, even though I’ve now been finished with my undergraduate studies for a while. However, this was a hectic summer, and for some reason, I didn’t manage to publish the reading list. But I still made a list, and even did a passable job at working my way through it. So, here are some reflections looking back at the summer reading list: 2018 edition. For organizational purposes, I’ve divided them up into church history, spirituality, and theology, though the topics explored in these titles do of course bleed into one another.

The last few years have witnessed an upsurge in the publication of titles related to the era of the Protestant Reformation, thanks in large part to the Reformation’s 500th anniversary last year. Out of all these books, I think Lyndal Roper’s Martin Luther: Renegade and Prophet stands a fairly good chance of enduring as a significant contribution to the study of Luther’s life and work. Roper’s background as a historian of early modern Europe at Oxford gives her the ability to paint a textured portrait of Luther’s world. In the pages of this book, Luther comes across as a gregarious, intelligent, passionate, as well as deeply flawed individual. Roper makes it clear for her readers that she wants to neither idolize or denigrate the German Reformer. Rather, she wants to understand the development of his inner world and the nature of his internal contradictions. This was a vivid, in-depth book that successfully avoided being reductive in its portrayal of its subject, which is something one always hopes for in a biography. END_OF_DOCUMENT_TOKEN_TO_BE_REPLACED

Katharine Gerbner’s Christian Slavery is a meticulously researched, insightful, and at times haunting read—haunting because it feels like the past is always with us. First and foremost, this is an academic work of religious history, but as Gerbner goes into the historical roots of, to use Jonathan Wilson-Hartgrove’s phrase, “slaveholder religion,” the book’s significance doesn’t seem confined to the past. Throughout its pages, Gerbner endeavors to trouble accounts of this historical period that overly-focus on searching for possible early precedents of the 19th century antislavery movement. She argues that it’s significant to acknowledge and recognize that the history of early Protestant missionary efforts unfortunately includes both ideological accommodation to slavery as well as struggle against it (3-4).

In terms of scope, Gerbner spends most of the book’s pages exploring the dynamics of Atlantic Protestantism in the seventeenth and early eighteenth centuries, tracing especially the entanglement of Anglicans, Quakers, and Moravians in the African slave trade (3-4). Near the heart of her subject is an examination of the changing ways in which people in these societies thought about the relationships between Protestant identity, freedom, and slavery. In these societies, Gerbner tells readers, owners were often deeply set against allowing slaves to become Christians and participate in religious rites such as baptism or communion. She explains that this was the case because, “In these colonies, Anglican, Dutch Reformed, and Lutheran slave owners conceived of their Protestant identities as fundamental to their status as masters” (2). This ideology of “Protestant Supremacy,” as she calls it, was undercut by the conversion of African slaves to Christianity. Gerbner suggests how this helped lead to the formation of White Supremacist ideology by noting that: END_OF_DOCUMENT_TOKEN_TO_BE_REPLACED 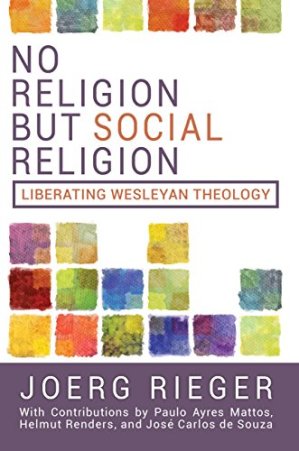 Liberation theology is often seen largely as a Roman Catholic movement born out of the socioeconomic struggles of the 1960’s and 1970’s in Latin America. There is, of course, much truth in this characterization, though liberation theology’s scope now extends well beyond Latin America when viewed in contemporary global perspective. In his introduction to The Cambridge Companion to Liberation Theology, Christopher Rowland echoes the words of pioneering Peruvian theologian Gustavo Gutiérrez when he points out that part of the significance of liberation theology for the wider Church has been its willingness to take on the challenge of “speaking of God in a world that is inhumane.” And in a world marked by so much suffering and injustice, this is clearly a necessary task.

It isn’t immediately obvious, though, how liberation theology, in all its contemporary diversity, should be related to the Wesleyan theological tradition, which began with the rise of the Methodist movement in 18th century England. Are liberation and Wesleyan theologians kindred spirits? Or do the differing historical roots and concerns of these two movements raise difficulties for those who seek to bring them together? In No Religion but Social Religion, Joerg Rieger, along with Paulo Ayres Mattos, Helmut Renders, and José Carlos de Souza, reflect on this topic with true passion and helpful clarity. In their eyes, these two streams of theology have the potential to draw out the best in each other as they speak of God’s presence among those experiencing poverty in a world marked by both grace and persistent injustice (5-7). They also seek throughout the book to highlight Methodist voices around the world working out of the liberation tradition to demonstrate that liberation theology has roots beyond the world of Roman Catholicism. END_OF_DOCUMENT_TOKEN_TO_BE_REPLACED