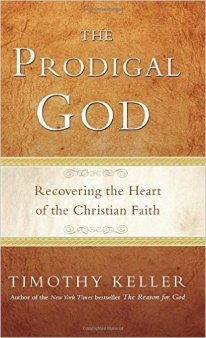 *This post is by guest writer Ryan Parsons. He’s a longtime friend and great conversation partner. Ryan recently graduated from Appalachian State University with an M.A. in History and plans to begin seminary in the near future.

Celebrated pastor and author Tim Keller has identified a perplexing problem in the American Church, a particular discrepancy between belief and behavior. Churches do not appear to be drawing the same crowds that Jesus Himself drew. Keller argues in The Prodigal God: Recovering the Heart of the Christian Faith that churches are actually drawing flocks of people who resemble those who were most offended by Jesus’ message (pp.18-19). Even among lifelong churchgoers, there seems to be a lack of understanding as to how the gospel should shape everyday life (pp.xv-xvi). Keller takes pains to stress that “God’s reckless grace” should be “our greatest hope” and “a life-changing experience” (p.xx). How can a genuine experience and knowledge of God’s grace not change how we live?

Keller uses the Parable of the Prodigal Son as a platform to convey the gospel to both seekers and lifelong Christians, contending that “if the teaching of Jesus is likened to a lake, this famous Parable … would be one of the clearest spots where we can see all the way to the bottom” (pp.xvi-xvii). He argues that the traditional focus of the parable is wrong, given that both the younger brother and the elder brother represent “a different way to be alienated from God” (p.9). Perhaps we should instead think of it as the “Parable of the Two Lost Sons” (p.20). Before salvation, Keller suggests, each believer was either a younger brother or an elder brother; that we either tried to find happiness and fulfillment through self-discovery or moral conformity (p.34). In other words, we can rebel against God and be alienated from him either by breaking his rules or attempting to keep all of them diligently (p.42).

Since an inordinate emphasis has traditionally been placed on the younger brother, Keller shifts his primary focus towards the elder brother. He cites an apocryphal story retold by Elisabeth Elliot as a poignant illustration of the latter. Essentially, Jesus tells his disciples on two occasions to carry a stone for Him. On the first occasion, Peter carries a small stone in order to save his energy. When Jesus turns the disciples’ stones into bread at lunch, Peter is left with a meager meal. On the second occasion, Peter hoists a heavy boulder upon his back, expecting a great supper. However, around supper time, Jesus instructs the disciples to throw their stones into the water. When Peter and the disciples look at Him dumbfounded, Jesus sighs and replies, “Don’t you remember what I asked you to do? Who were you carrying the stone for?” (pp.58-59)

In other words, elder brothers tend to follow a moral code of behavior for their own benefit, rather than out of love for Jesus. This, according to Keller, puts the elder brother in a “more spiritually desperate condition” than the younger brother (p.54). To flesh out this comparison, he juxtaposes the characters of Salieri and Mozart in Peter Schaeffer’s play Amadeus. The young Salieri makes a bargain with God, offering a life of chastity, humility, and charity towards the poor in exchange for fame as a musician. This elder brother becomes infuriated, however, when the sexually immoral, self-indulgent, and vulgar Mozart achieves fame for his superior musical talents. After Salieri perceives that God has no intention of punishing Mozart, he slides into bitterness, hate, and despair, whereupon he determines to murder Mozart. “While the Mozart of Amadeus is irreligious, it is Salieri the devout who ends up in a much greater state of alienation from God,” just like in Jesus’s parable (p.46-48).

Unfortunately, elder brothers have helped make local churches inhospitable environments for the younger brothers; part and parcel with the elder brother’s condition is responding ungraciously to those whose words, behavior, and/or appearance offend him (pp.19, 78). However, this attitude is counter-biblical. Indeed, to truly become Christians we must not only repent of the things we have done wrong; “we must also repent of the reasons we ever did anything right” (p.87). Keller tells readers that the key difference between the elder brother and a believer is “inner-heart motivation” (p.96). If we recognize that God prodigally gave everything for us – His own Son – how much more ought that to influence our thoughts, words, and deeds, concerning our neighbors! The antidote to being bad is not just being good. The gospel changes how we relate to God, self, others, the world, your work, your sins, your virtue. “It’s called the new birth because it’s so radical” (p.88).

Keller delves deeper still into the human condition. Why is it that humans naturally gravitate towards being either a younger or elder brother? Because of the brokenness within human beings – that longing for an elusive home where we truly belong – and the brokenness around human beings – exposure to death, disease, and disaster – humans have an intrinsic mistrust toward the selfless love that God offers (pp.110-111, 98). We typically feel inclined either to pursue the desires of our hearts, like younger brothers, or repress desire and do our moral duty, like older brothers (p.99). Pursuing and repressing desire are just different manifestations of misunderstanding who we are and what God desires. Both paths are ultimately unfulfilling (pp.102-105). The message of the Bible, Keller contends, is that “the human race is a band of exiles trying to come home” (p.109). When we understand that our deepest longings “only exist in the presence of the heavenly father from which we have fled” and come to terms with the “beauty of what He has done for us,” we can be free “from the fear and neediness that creates either younger brothers or elder brothers” (p.108).

Perhaps most pertinent to the condition of local churches around the nation, Keller emphasizes the importance of community. The plethora of individuals who self-identity as “spiritual, but not religious” and say things like “I like Jesus, but not Christianity” have generally had bad experiences with churches, or, rather, elder brothers in the churches. However, to distance oneself from churches because of the elder brothers within them is just another form of self-righteousness (p.140). If as C. S. Lewis said, it takes a community to know an individual, “how much more would this be true of Jesus Christ?” (p.142) An individual simply cannot get to know Jesus better and grow into His likeness without being involved in a community of believers “seeking to resemble, serve, and love Jesus” (p.143).

Altogether, The Prodigal God was an excellent assessment of the human condition, an adept analysis of the state of local churches around the nation, and a persuasive case that the gospel remedies both the former and latter. Even though the biggest problem exists within individuals and in turn churches, Keller brilliantly shows that the antidote is also found in both the individual and the church, via the gospel. I found Keller’s illustrations from pop culture, hymn references, and quotations very engaging. The length of his book makes it more accessible and particularly useful for a small group. His de facto exegesis of the Parable of the Prodigal Son was as refreshing as it was informative. His redefinition of the word “prodigal” struck me as insightful and perhaps necessary to evoke in believers a sense of awe for the God who so recklessly gave grace at a great cost to Himself; hence the book’s title. However, I might quibble with his use of a couple definitions from the Merriam-Webster dictionary. His case could be more compelling if he made reference to the original languages. That being said, this was an exceptional read.